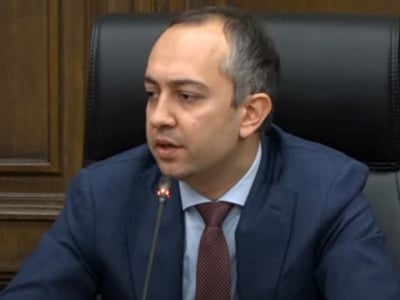 To answer the question of the possible exchange of territories, we must go through the whole process of [border] delimitation and demarcation. Eduard Aghajanyan, a member of the majority “Civil Contract” Faction in the National Assembly (NA) of Armenia and Chair of the NA Standing Committee on Foreign Relations, stated this Friday during the traditional press briefings at the NA.

The reporters were trying to get clarifications on Prime Minister Nikol Pashinyan’s recent statements. For example, he had stated that after May 12, about 41 square kilometers of Armenian territory had come under the control of the Azerbaijani armed forces. Moreover, he noted that after the First Karabakh War in the early 1990s, approximately the same amount of territory of the former Azerbaijan SSR had come under the control of the Armenian side. In this context, the reporters asked whether there could be an exchange of territories.