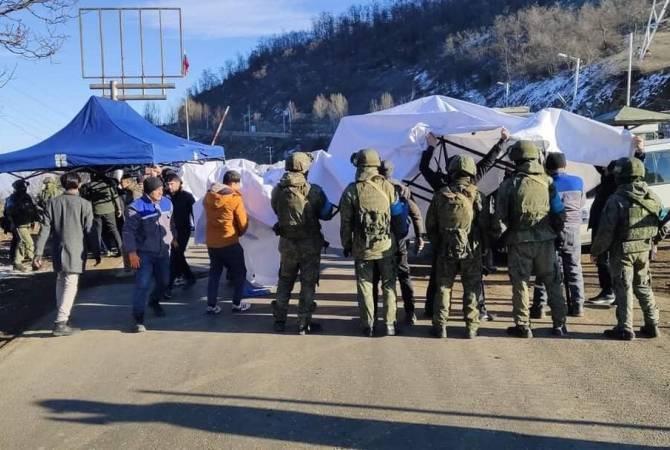 Armenian Prime Minister Nikol Pashinyan thanked all countries and international organizations that have already reacted and gave an assessment on Azerbaijan’s blocking of the Lachin Corridor.

At the same time, Pashinyan said that the silence of some friendly countries is strange.

“I thank all countries and international organizations who have already reacted and gave an assessment to Azerbaijan’s policy of blocking the Lachin Corridor and causing a humanitarian disaster in Nagorno Karabakh. I have to say for the record that the silence of several friendly countries in this regard is at least strange,” Pashinyan said.

He added that he fully supports the December 14 statement adopted by the Armenian parliament which called for launching or re-launching international mechanisms for ensuring the rights and security of the Armenians of Nagorno Karabakh.

“The parliament also called on the UN Security Council and OSCE Minsk Group Co-Chairing and member countries to send a fact-finding mission to Nagorno Karabakh for monitoring the humanitarian situation. I am instructing our diplomatic service, the Foreign Ministry to effectively convey this message of the legislative branch to the addressees,” Pashinyan said.

Pashinyan added that he maintains constant contact with the President of Artsakh Arayik Harutyunyan to assess the developments and discuss possible resolutions.

The ambassador of Armenia in Greece Mr. Tigran Mkrtchyan’s interview to TV100 Thessaloniki