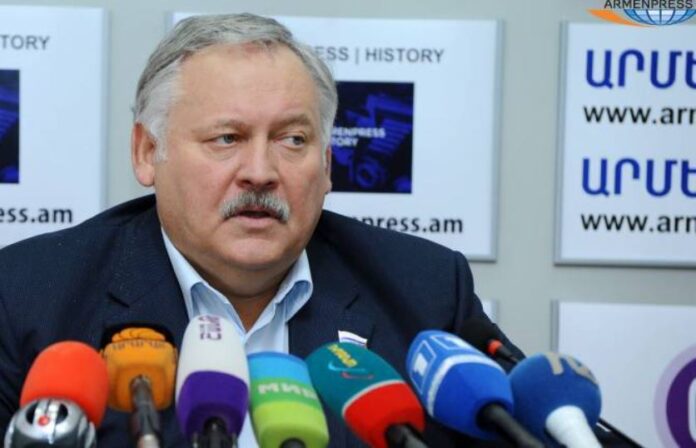 Russian Member of Parliament Konstantin Zatulin, the Chairman of the State Duma Committee on CIS Affairs, Eurasian Integration and Compatriots, visited the Armenian town of Jermuk which was bombarded by Azerbaijan during the September 13-14 attack.

In a statement released through social media, Zatulin said that he’s met with the former presidents of Artsakh Arkady Ghukasyan and Bako Sahakyan during the visit.