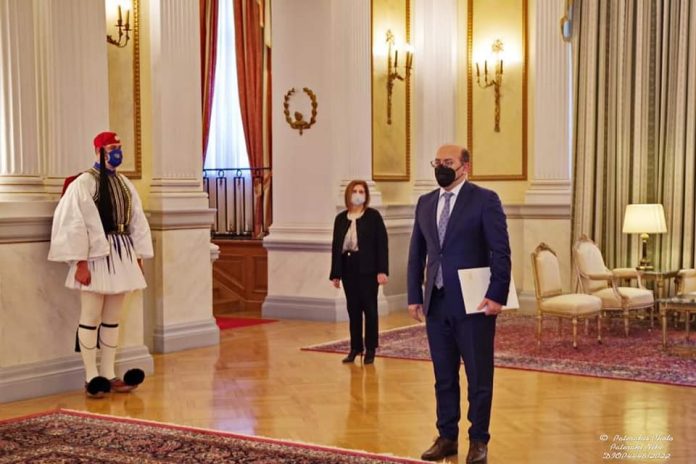 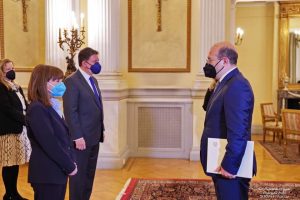 During the meeting, following the official ceremony, the President of the Hellenic Republic congratulated the Ambassador of the Republic of Armenia and wished him every success, expressing confidence that he will make efforts for the further development of bilateral relations. 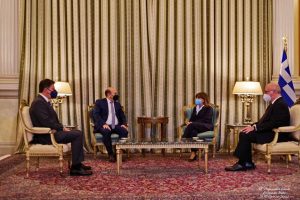 Underlining the traditionally friendly relations between Armenia and Greece and the historically close ties, the Ambassador Tigran Mkrtchyan mentioned that the two countries have a great potential for deepening cooperation and expressed hope that as a result of his activities the agenda of Armenian-Greek cooperation will be further expanded, contributing to the further strengthening of relations between the two brotherly peoples and countries.
The Ambassador emphasized that the Armenian-Greek relations are based on common values, principles and brotherly ties, which are above any other type of interests. At the same time, the Ambassador noted that not only the deepening of political and economic relations will be at the core of his activities, but also the utilization of the great potential existing in the cultural, education and academic spheres. 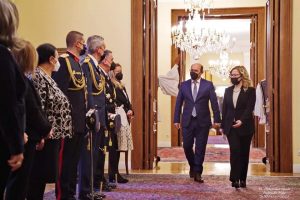 Also, the interlocutors exchanged views on the cooperation within the framework of International organizations. 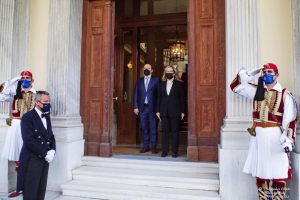 President Katerina Sakellaropoulou wished success to Ambassador Mkrtchyan in his diplomatic mission in Greece and expressed her support for that mission. Also, the President of the Hellenic Republic congratulated on the occasion of the 30th anniversary of the establishment of diplomatic relations between Armenia and Greece, to be marked on January 20, 2022.