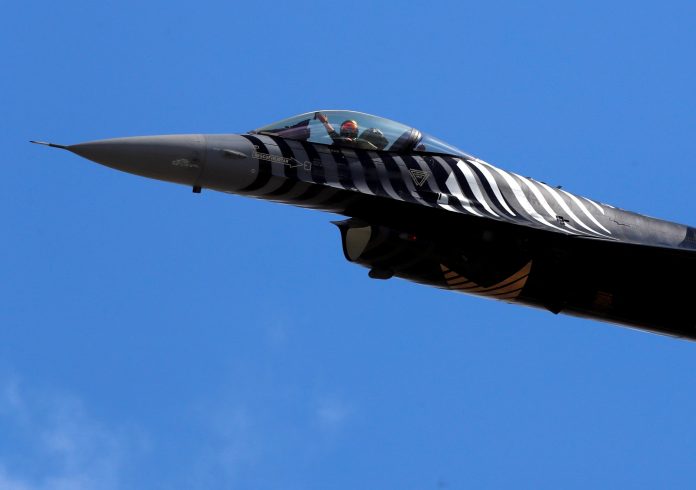 “We strongly urge you to reject Turkey’s request for new F-16s and modernization kits and take immediate action to hold the Erdogan regime accountable,” states the February 4th Congressional letter addressed to Secretary of State Antony Blinken and Secretary of Defense Lloyd Austin. “The United States must not provide any further support to Turkey’s military until President Erdogan takes tangible steps to halt his destabilizing actions and violations of international law at home and abroad. Precedent shows that he will not change his behavior until the United States uses all its diplomatic tools, including targeted economic sanctions.” 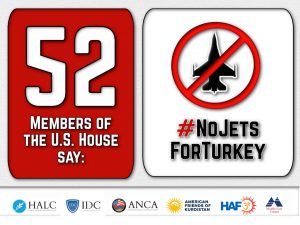 Since rumors of Turkey’s request to purchase 40 F-16 fighters and 80 F-16 modernization kits surfaced in October 2021, a number of Congressional initiatives have called for clarification of the White House position on the sale and announced efforts to block the effort. In November, over 40 U.S. House members cosigned a letter led by Representatives Chris Pappas (D-NH), and Congressional Hellenic Caucus Co-Chairs Bilirakis and Carolyn Maloney (D-NY), concerned that such a sale would be in violation of CAATSA laws. “We share your goal of a Turkey that is rooted to the West, but we will not achieve that goal if the Erdogan government escapes accountability for violating U.S. law and the standards of the NATO alliance,” argued the Representatives. The House members requested “a formal notification of any Turkish Letter of Request (LOR), the specifics of such an LOR, the Administration’s position on such an LOR, and responses to our specific objections.”

A separate letter led by Rep. Nicole Malliotakis (R-NY) and cosigned by 10 House colleagues last October also urged President Biden and Secretary Blinken to refuse Turkey’s request. “As long as President Erdogan advances his expansionist project in the Eastern Mediterranean, Turkey will continue to threaten our national security and the security of our closest allies in the region – Greece, Israel, and Cyprus. We urge you to act in our national interest and for the sake of stability in the Eastern Mediterranean by refusing to reinforce Turkey’s aging arsenal of fighter jets, and we look forward to receiving your response,” stated the Malliotakis letter.