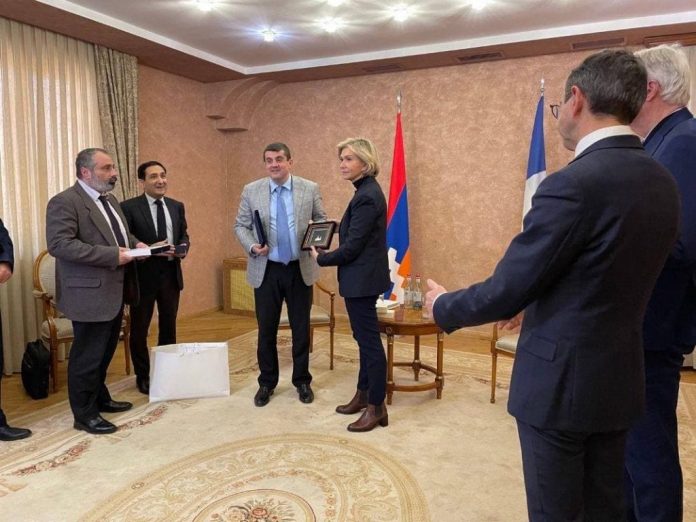 The French presidential candidate, President of the Regional Council of Île-de-France Valérie Pécresse, who paid a visit to Armenia recently, visited also Artsakh, on the occasion of which the French Ambassador to Azerbaijan was summoned to the Azerbaijani Foreign Ministry․

The Ambassador was informed at the Azerbaijani MFA that names of several French citizens, including French presidential candidate Valérie Pécresse, who visited Artsakh, were included in the list of persons whose entry to Azerbaijan is undesirable.