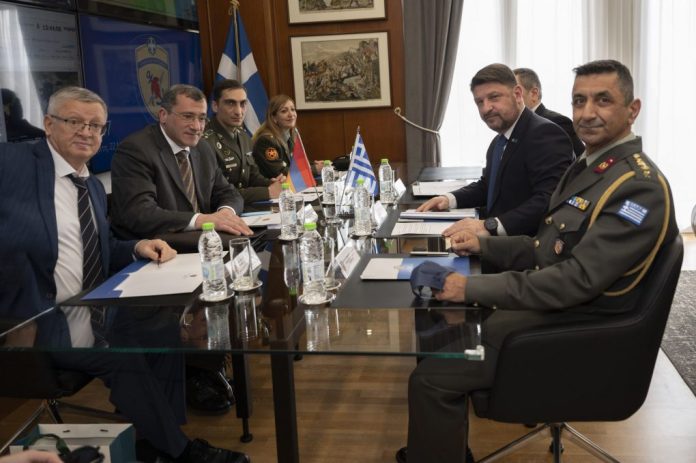 The Deputy Minister of National Defence Mr. Nikolaos Hardalias met today, Tuesday 22 March 2022, with his counterpart from the Republic of Armenia Mr. Karen Brutyan, who is on an official visit to Greece. 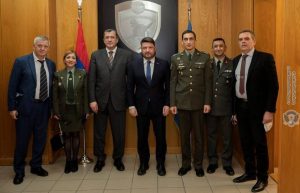 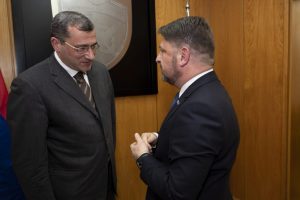 At their meeting, which took place in a very amicable spirit, matters of mutual interest were discussed, mainly pertaining to further enhancement and deepening of the transnational military cooperation. The current geopolitical developments, regional and international matters were also discussed.