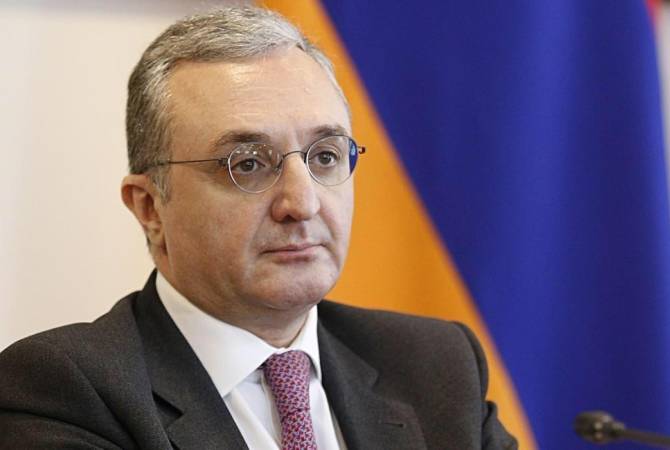 “Mevlut Cavusoglu’s “grey wolves” salute is disgusting, disgraceful and racist. Hitler is saluting back from his grave,” Mnatsakanyan tweeted.

The former FM also addressed the normalization process between Armenia and Turkey.

“Normalizing relations between neighboring nations is necessary. Sure. It implies good faith and empathy. Turkey’s denialism does not qualify as a requisite of good faith. Stop denying Armenian Genocide. And, for God’s sake, stop delegating Armenian Genocide to historians. They have done their job many times over in these past 107 years. It is still your turn to show political courage and self-worth,” he said.

In a separate tweet Mnatsakanyan also touched upon the non-recognition of the Armenian Genocide by Israel and Rwanda. “The irony and affront to human dignity and justice is the refusal of Israel and Rwanda to recognize the Armenian Genocide. Come on, this is not a contest for “the best genocide”. So long as you are in denial of other peoples’ tragedy, your sentiments of justice and truth are hollow.”

A video posted on Twitter shows how demonstrators were shouting “asesino” – meaning murderer in Spanish, when Cavusoglu exited the building and was about to be driven away. Then, Cavusoglu is seen smiling and making the gesture of the ultranationalist Turkish Grey Wolves organization, taunting the demonstrators.

The gesture used by the Turkish ultra-nationalists was banned in Austria in 2019. In Germany, the Christian Democratic Union of Germany and the Left party also proposed to ban the use of the symbol, describing it as fascist.