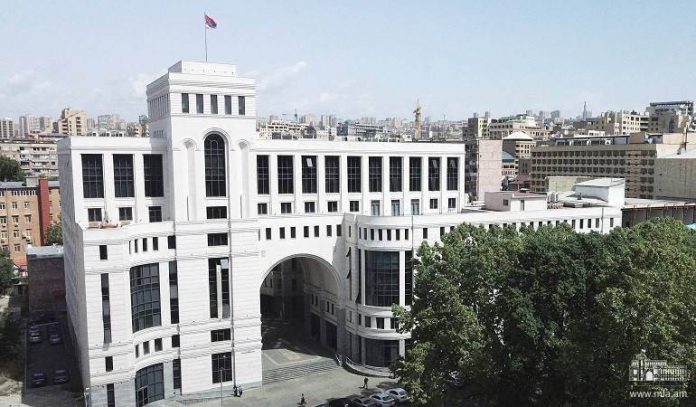 We strongly condemn today’s (January 11) gross violation of the ceasefire regime by the Azerbaijani armed forces in the eastern direction of the border of the Republic of Armenia with the use of artillery and UAVs, as a result of which servicemen of the armed forces of Armenia Arthur Mkhitaryan and Rudik Gharibyan were fatally wounded and two servicemen were injured. We extend our deepest condolences to the families and relatives of the killed servicemen and wish a speedy recovery to the wounded.

The provocative actions of the Azerbaijani armed forces are another manifestation of the continuous encroachments of Azerbaijan on the territorial integrity of Armenia, which have started since May 12, 2021, with the infiltration into the sovereign territory of the Republic of Armenia and continued with recurrent armed attacks.

The Armenian side has repeatedly stated that one of the ways to avoid further escalation of the situation may be the mirrored withdrawal of troops from the Armenian-Azerbaijani border and introduction of an international monitoring mechanism along the border.

We call on the Azerbaijani authorities to refrain from provocative actions and implement their commitment on establishing stability in the region undertaken as a result of the Brussels meeting and with the Trilateral Statement of Sochi.